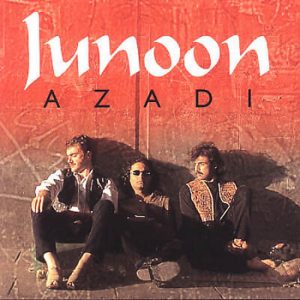 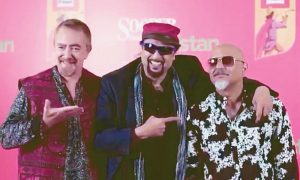 ARE YOU READY FOR THE BIGGEST ROCK CONCERT?

JUNOON IS BACK TO ROCK!!

Hey Junooni fans, Junoon is back and we are so excited to announce 2018’s biggest rock concert of the year happening this December in Karachi.

Pakistan’s most iconic and greatest sufi rock band ‘Junoon’ Yes, You heard it right! Junoon is reuniting again for their crazy fans, confirmed through different sources.

The Rock and Roll Jihad Singer ‘Salman Ahmed’, the Bassist ‘Brian O’ Connell and the Lead Vocalist ‘Ali Azmat’ are all set to bang your heads with their ongoing live performances

As quoted by Salman Ahmed, “A reunion tour will be planned to celebrate 25 years of Junoon”, hopefully the concert will take place in Karachi but it is definitely just the beginning without an end as the band is determined to bring back the nostalgic memories by performing around different cities of the world too.

Also, announced by Salman Ahmed on Twitter if you’re lucky, you’ll be in Karachi this December. 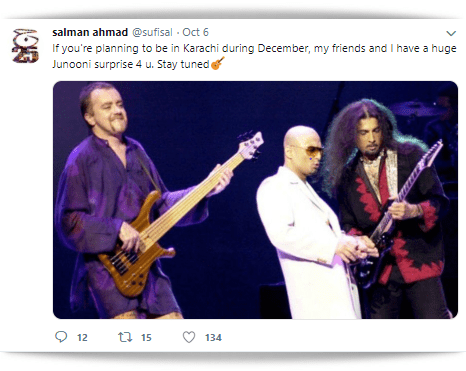 Not to mention the fans are equally excited to see all of them together after more than a decade. 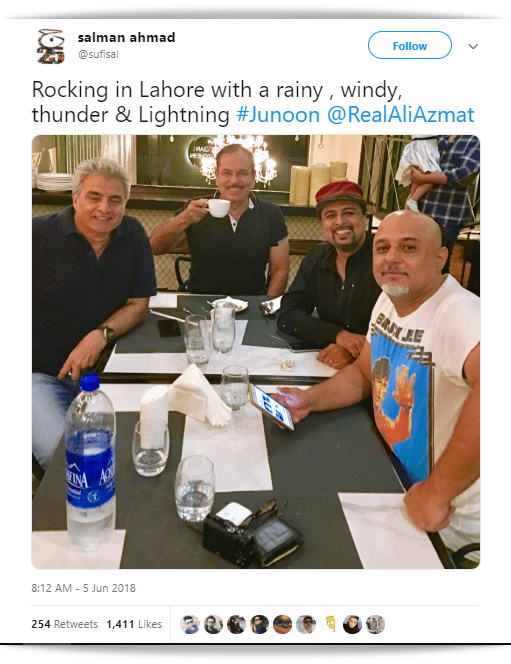 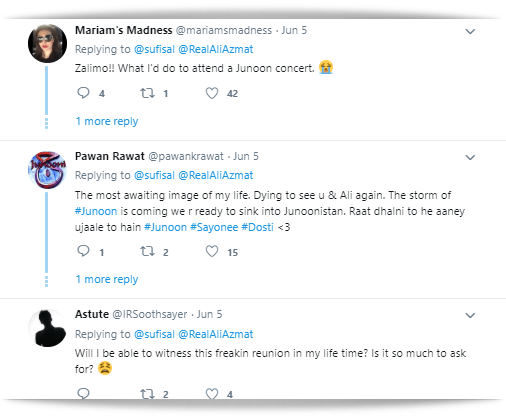 Just two sensational rock buddies singing ‘Let’s do it once again’. It’s a huge hint guys about their concert tour.

Junoon pioneered in Sufi-Rock Genre and launched a number of unique hits like Sayonee, Yaar Bina, Khuwab, Jazba Junoon etc. The Psychedelic rock band started their career in 1990 and within a short span of time made their way to success smoothly. The band introduced the most record breaking albums of all time like Azadi, Talaash, Junoon etc and became legendary rockers not only in Pakistan but throughout the world.

In 1998, Junoon won ‘The Best International Group’ Award at “V Music Awards” in Delhi and made Pakistan known internationally for their good music and art. You could even hear the audience in the background roaring and cheering for them in the award winning speech below.

Unfortunately, it was a nightmare come true for the Junoon fans as the band decided to call it quits in 2005 due to some misunderstandings and each continued to perform solely for their fans.

During all this time a number of rumors about their reunion circulated yet none of them were actually true as confirmed from time to time by the lead singer, Ali Azmat.

However, this time it’s different as the band members have confirmed the news themselves on twitter. 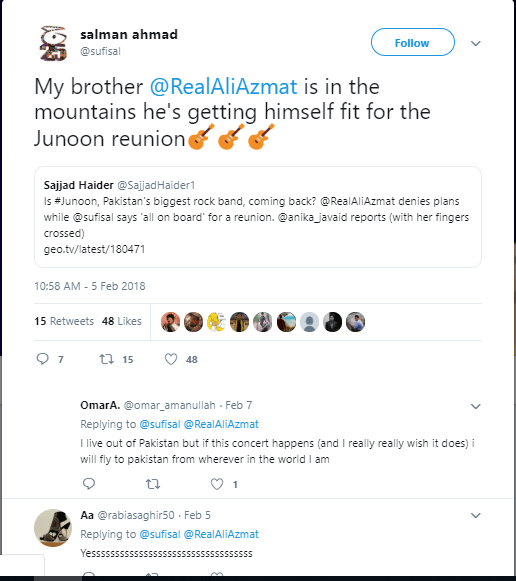 As if the news of the reunion wasn’t enough to explode our hearts, Salman Ahmed wants their fans to wait for them as they will be launching out new albums and songs soon after the ‘big tour’. 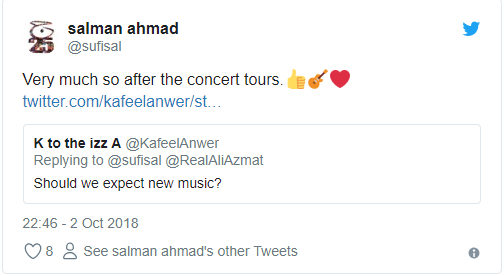 Well let’s just say, the year 2018 will have a great ending for Pakistanis and to all of you living outside Pakistan, fret not, because Junoon has already planned their International tour in 2019.

So, basically it’s also a reunion for all their fans from all over the world. We wish all the very best to Junoon.